Today the children had a discussion at lunchtime about the three little pigs and the houses they built so it was decided after lunch that they would try and build them! They all went out to the grassed area and collected as many sticks as they could before beginning to build. They started off by trying to build it around the tree but they realised that they wouldn’t be able to fit in to it so with a little help from the adults they tied the big sticks together to make a frame then stacked the little sticks up around it. Once they had built the house of sticks they then made a house of bricks! The team work was fantastic and they were all so pleased with the end results! 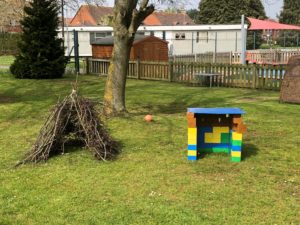 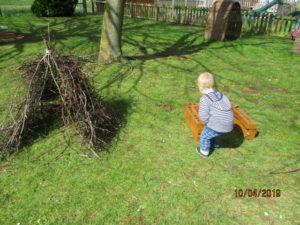 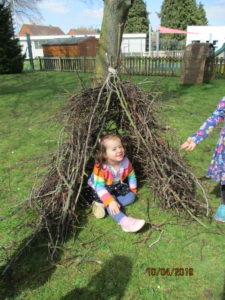 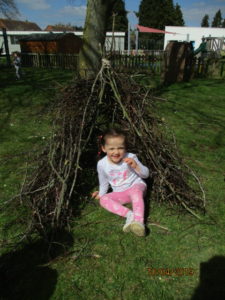 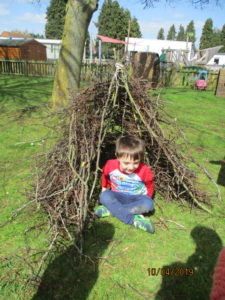 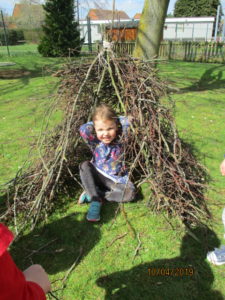 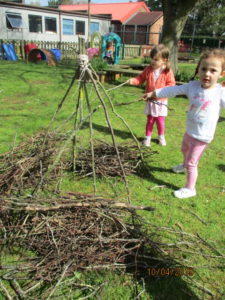 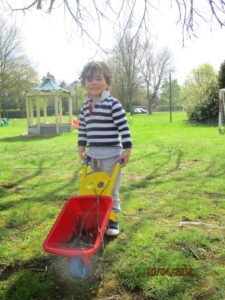 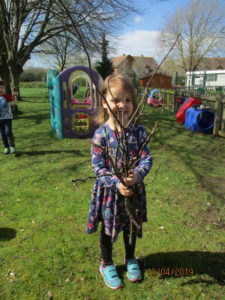 We just wanted to say…